Oscar Brighton alias Jagongo, a Zetech university student, has been charged in the Milimani law courts with possessing KCPE and KCSE examination papers.

He denied that he was found with national examination papers illegally obtained from an unknown location in Kenya on various dates between March 7 and 10, 2022.

He was charged with a second count of disclosing the contents of the exams to another person via his mobile phone.

He was released on a Ksh1 million bond.

The Directorate of Criminal Investigations (DCI) said Brighton was apprehended while in possession of the fake papers, with others in soft copy in his mobile phone.

“He had created several WhatsApp groups where candidates were asked to deposit between Ksh1,600 for Humanities to Ksh2,600 for Sciences,” noted the DCI.

The latest comes just a day after Education CS George Magoha revealed that a ring of cunning exam cheats had been busted.

“A few scrupulous people have over the last five years devised a new dirty trick of opening examination packages a few minutes before the start time, in what we call the “early exposure”.” CS Magoha said.

According to the CS, the cartels in question were using mobile phones to photograph the exam before sneaking out the questions and passing them on to a hired group, who would then tackle the questions and send the answers back to the examination center

To further minimise incidences of malpractice, the Education Ministry has issued a slew of new directives aimed at closing all potential exam leakage loopholes.

To facilitate monitoring processes, all schools will now be required to keep the gate open throughout the day’s examination.

At the same time, mobile phones have been prohibited in exam centers, with the Ministry stating that only two phones will be permitted: one for the center manager and one for the security officer.

Both phones will be kept in the centre manager’s office in case of an emergency.

KCSE CANDIDATE COLLAPSES AND DIES DURING THE EXAMINATION 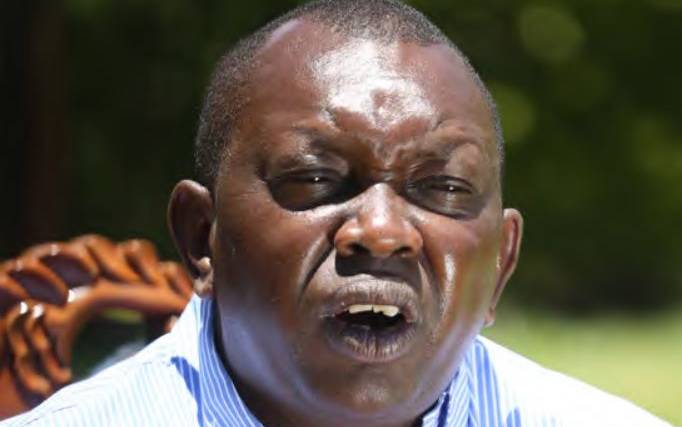