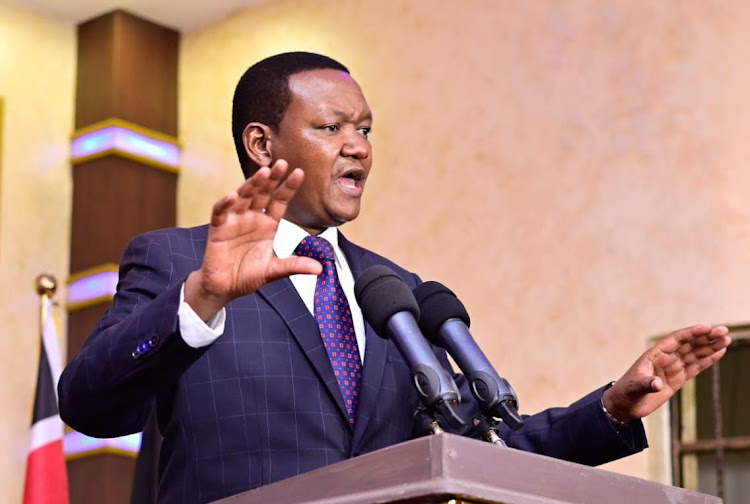 Machakos Governor Alfred Mutua’s Maendeleo Chap Chap (MCC) Party has threatened to move to court for allegedly being denied a copy of the agreement signed by the parties under the Azimio coalition.

Dr. Mutua claims that efforts to get a copy of the document from the Office of the Registrar of Political Parties and the Azimio coalition leadership have been futile.

“The registrar of political parties (ORPP) and Azimio coalition party have refused to give us a copy of the Azimio coalition agreement deposited with the ORPP we signed to form the coalition,” Dr Mutua wrote on Twitter.

“MCC party in today’s Governing Council meeting decided to go to court and demand to get the document so as to see what changes have been made if any. It’s unfortunate that we’re in a coalition relationship whose members have to go to court to get what’s their automatic right.”

Mutua raised suspicion that the said lack of transparency could result in some aspirants being locked out of the August elections at the last minute.

He added that the party’s governing council would on Monday, May 9 make a decision “on the way forward.”

“What games are they playing? On Monday, May 9th, 2022, the party will make a decision on the way forward bearing in mind the plans to zone our party aspirants out and the deadlines set by law,” said Mutua.

He added: “There is a clear and present danger that aspirants in parties in Azimio will be denied their democratic opportunity to be on the ballot. This we cannot accept.”

INFALTION WIPES OUT ABOUT KSH.28, 000 FROM KENYANS' SALARIES