MULAMUWA REVEALS REASONS WHY HE BROKE UP WITH SONIE

Mulamwah said the they broke up when Sonie was still pregnant but did not make it public⁣
Comedian David Oyando who is popularly known Mulamwah, has revealed why he broke up with his girlfriend and social media personality Caroline Muthoni.⁣
⁣
Speaking to Dr Ofweneke, Mulamwah revealed that the breakup happened long before they made it public, when she was about three months pregnant.⁣
⁣
Before Mulamwah’s final separation from Sonnie, the two had previously broken up in October 2020 getting back together again in January 2021.⁣
⁣
“Somethings happened before, we broke up, we tried to come back and sort things but things were still not moving as they needed to,” Mulamwah said.⁣
⁣
Mulamwah said the final breakup happened long before his child’s birth but the two agreed to keep it under the wraps.⁣
⁣
“The breaking up is not a recent thing it happened long ago when she was about three or four months pregnant, we agreed let’s give birth to this child then we shall announce things publicly,” the comedian stated.⁣
⁣
Issues with finances caused Mulamwah-Sonie breakup⁣
In the interview, Mulamwah revealed had fallen out with the mother of his child when they could not agree on financial spending, Mulamwah noting that his approach on how to spend money was not compatible with her’s.⁣
⁣
“I come from a place where money is really valued, you can’t convince me to go waste 10k or 15k in a bar or club somewhere yet I will not be accountable for it,” he remarked.⁣
⁣
He added that after realizing that he could not mend the ties between him and her he decided to end the relationship.⁣
⁣
Asked whether he had healed, the comedian said life had to move on regardless. He also stated he takes care of his child and has had to drop some habits since he became a father.⁣
⁣
“It has changed me, I no longer do things haphazardly, I have to plan and have a kitty for anything that might come up and I am enjoying it,” he said.⁣

CITY HALL WORKERS DOWN TOOLS IN PROTEST OVER MALFUNCTIONING LIFTS 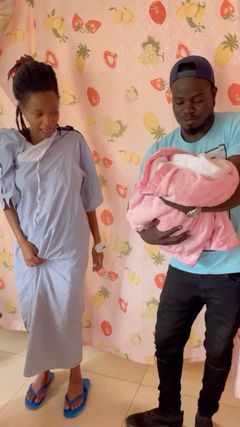