WAIGURU : DP RUTO SHOULD SHOULD CHOOSE A WOMAN FROM MT. KENYA AS RUNNING MATE 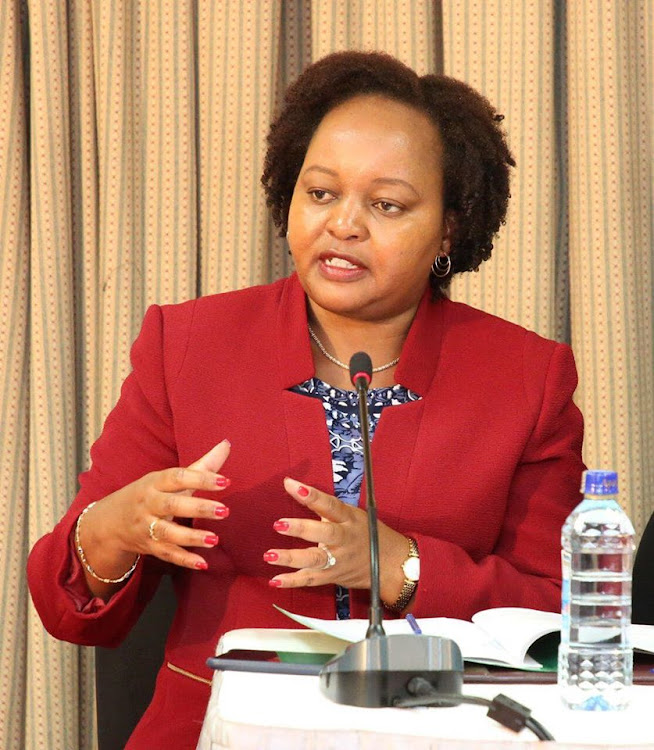 According to Waiguru, the United Democratic Alliance (UDA) party has already planned to enlist a presidential running mate from the vote-rich region and her wish is that the choice be a woman.

“I really hope and pray that when DP Ruto chooses a running mate, it will be a woman,” Waiguru said in an interview with Spice FM on Tuesday.

“The issue of where does the running mate come from, the agreement so far has been that the person will come from the Mt. Kenya region,” she added.

The gubernatorial aspirant further added that although her focus is on defending Kirinyanga’s top seat, she would be very pleased to be offered the coveted chance.

“I think it will be a great honor to be picked as running mate for the UDA party but right now all my efforts are in Kirinyaga County,” said Waiguru.

“However, in the discussion of the choice I am not a party, the decision of who will be the running mate is William Ruto’s and everybody respects that,” the governor noted.

Waiguru further divulged that despite the relationships UDA has recently been forging with leaders from other regions, the camp maintains that a Mt.Kenya leader as running mate is key for a strong presidential bid.

“We all know the numbers that come from there. The basic understanding is that the running mate will come from that region because you want to carry the block,” she stated.

While hailing the party as highly supportive towards women leaders, Waiguru also said that they are certain of seven UDA female governors come August.

“UDA has a significant number of women leaders and if you look at the women running for governor’s seats, we are guaranteed at least seven governors at UDA,” she said.

“UDA has encouraged women to stand…They have supported them by giving them prominence, being campaigned for by not just the DP but the team,” Waiguru added.

She faulted her previous camp, Jubilee Party, where she defected from in October for being stifling to her freedom, saying she is very happy in the Ruto-led camp.