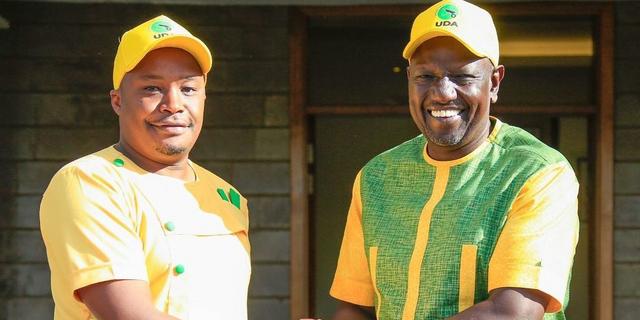 On Monday, Jaguar was officially welcomed to the UDA party by Deputy President William Ruto in an occasion that was held at his Karen office.

In 2017, Jaguar won the Starehe parliamentary seat on a Jubilee Party ticket, after flopping his able competitors Steve Mbogo and Boniface Mwangi.

“Nothing would count without God Above. I thank the People of Starehe for having the confidence and trust in me to represent them in Parliament. I thank all my supporters, friends and family who stayed out late campaigning. I also congratulate my Worthy Opponents; Steve Mbogo, Boniface Mwangi and Hon Kwenya who put up well spirited campaigns,” Jaguar said in 2017 after emerging victorious.

The MP has joined UDA at a time the party has promised to work with Musalia Mudavadi’s Amani National Congress (ANC) party ahead of the August polls.

On Sunday, Deputy President William Ruto graced the ANC Party’s National Delegates Conference at the Bomas of Kenya where he vowed to work with Mudavadi and Wetangula.

“We must protect and consolidate our democracy and allow every Kenyan to freely make their political choices. We must resist the criminalisation of dissenting or alternative views. The criminal justice system cannot be weaponised to drive political narratives,” reads a tweet from DP Ruto.