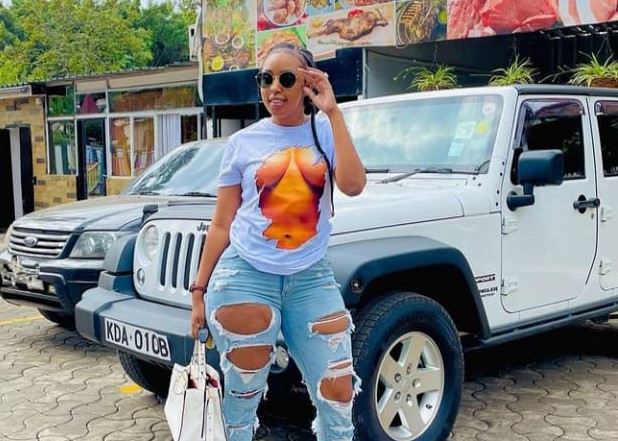 Faith Makau alias Amber Ray, a Kenyan socialite, has revealed that her first salary was Ksh.13,000 while working as a waitress in a Nairobi casino.

In an interview with Oga Obinna, the controversial personality said she was struggling to make ends meet because she came from a poor family and all she wanted was a job.

She even recalled a time when all she wanted was a serving of potato fries ‘chips’ and a quarter piece of chicken. She claimed that getting the job gave her the opportunity to satisfy her craving in such a way that it became a habit.

“Mahali tumetoka, through hizo shida mingi and all, nilikua tu natamani kuku na chips ya town so I promised myself the day nitapata job nitakuwa nakula.”

Amber Ray boasted about her work ethic, claiming that she would make more money from tips than she would from her salary, allowing her to pay her bills with ease.

“Mimi nikifanya kazi napiga job, so the tip was even more than salary. Sometimes ata pesa ingekaa kwa account and I have settled all my bills. Money follows me,” she bullishly said.

Still on the subject of money, she revealed that the most cash she has ever handled is close to Ksh.6 million.

“Shida ni mbaya that’s why nasema napenda pesa. You see when you have money you don’t suffer like when you don’t have money. Kama huna pesa utafanya nini, imagine unateseka na unaumia bado,” she said.

“Mimi pesa haijawai nipea kiburi coz I know where I come from, I know how it feels to suffer.”