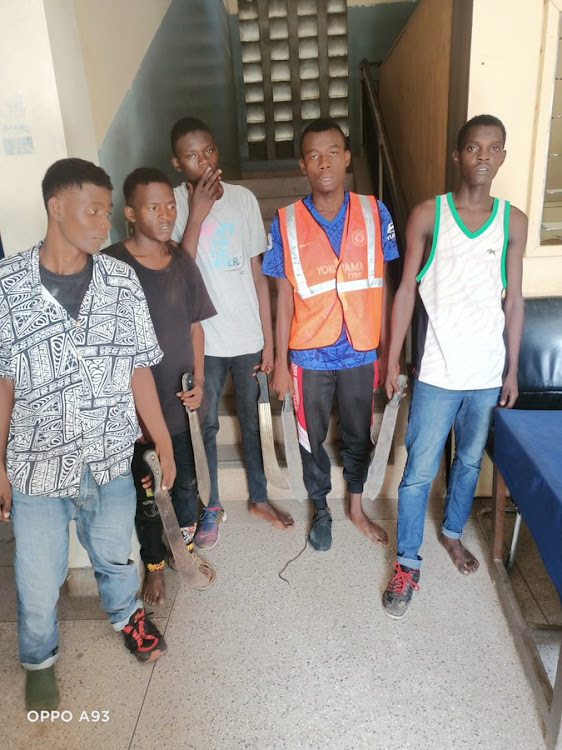 Five youths believed to be members of a Mombasa-based criminal group dubbed ‘Panga Boys’ have been arrested.

“The five… whose group derive its name from their preferred weapon of choice, were armed with Pangas (machetes) and were on a mission to commit serious crimes within Soko Mjinga Area,” police said.

Police recovered five pangas during the arrest, as well as an undisclosed amount of marijuana which the gang was also in possession of.

In the meantime, the five remain in custody awaiting arraignment while authorities have appealed for information from members of the public regarding the group.

“We call upon any member of the public who may have fallen victim to atrocities by this gang to report to Mjambere police station for further police action,” the Hillary Mutyambai-led agency said.