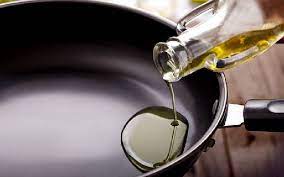 Manufacturers of cooking oil in the country are warning Kenyans of a looming shortage of the commodity as well as increased prices amid Indonesia’s ban of palm oil exports.

The world’s biggest palm oil producer announced that it will ban exports from Thursday, threatening the availability of the already-pricey oils including palm oil, soy oil, sunflower oil and rapeseed oil.

“The only solace we have is that the ban is now only restricted to by-products and derivatives of palm oil and not crude. If that news is confirmed, we should be okay in terms of supply, if not, we are in for a rough ride in terms of availability, forget about pricing,” Pwani Oil Commercial Director Rajul Malde was on Tuesday quoted as saying by Business Daily.

While palm oil makes over half of global edible vegetable oil, Indonesia accounts for a third of the world’s palm oil exports.

Kenya mainly imports vegetable oils such as sunflower oils, soybean, corn oil, and crude palm oil from Malaysia and Indonesia, but weak production over the last six months in Malaysia due to floods and labor shortages has seen Kenya resort to Indonesia’s palm oil.

The shortage has also been fueled by the Russian invasion of Ukraine, since Ukraine, which accounts for 76 percent of global sunflower oil exports, has significantly cut down supplies.

Malde added that they have been forced to raise retail prices of cooking oil by 35 percent since February due to the 45 percent increase in the cost of importing palm oil into the country.

“We have tried to minimize the cost to consumers by being creative and innovative with other parts of the supply chain, but overall we have had no choice but to increase the prices,” he noted.

Added Malde: ​​“Palm is the cheapest edible oil in the world today. There’s no cheaper substitute. Even if we were to look for a substitute like soybean from South America it will be more expensive.”