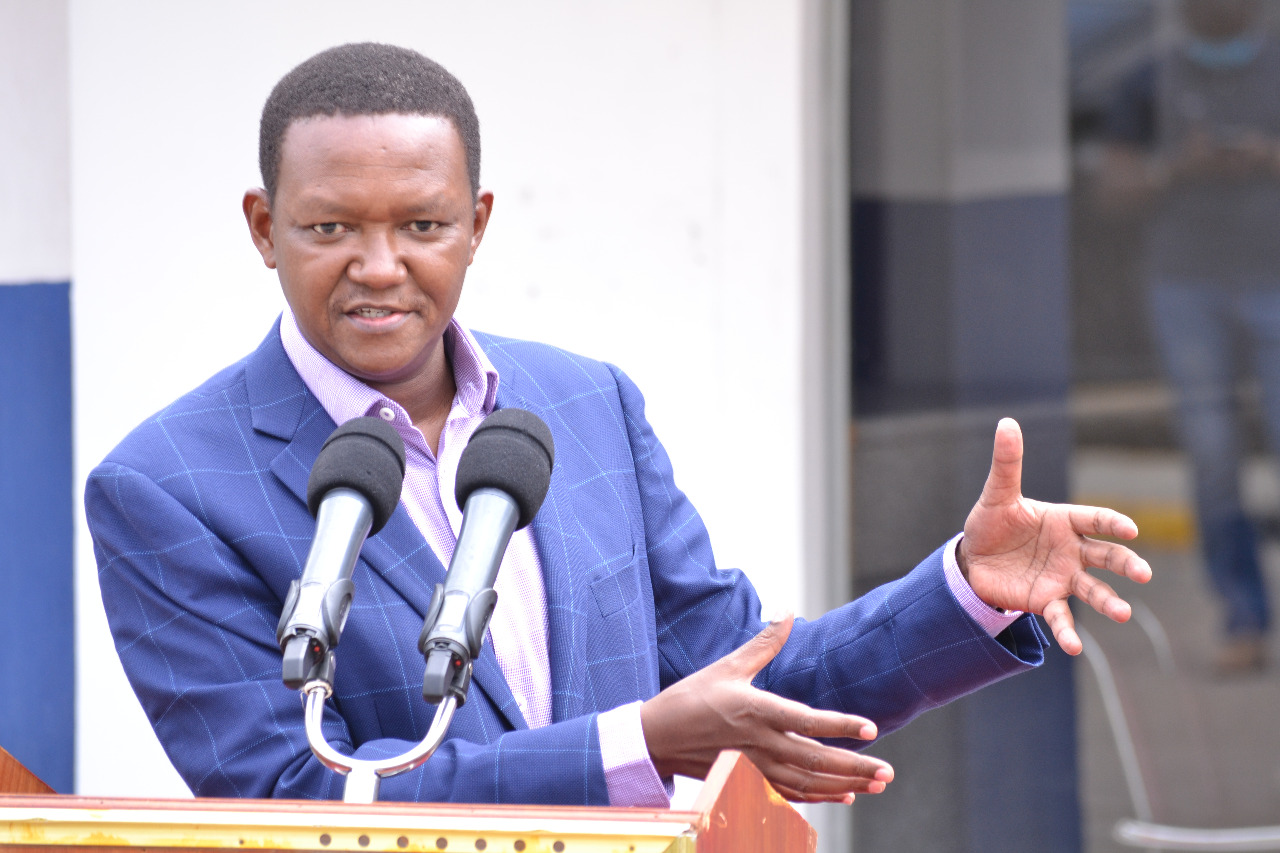 Machakos Governor Alfred Mutua now says that Kalonzo Musyoka has been having “behind-the-curtain talks” with the United Democratic Alliance (UDA) outfit yet pretending to be a supporter of the Azimio la Umoja movement.

Speaking on Citizen TVs Daybreak show on Thursday, Governor Mutua argued that Kalonzo is not principled and is waiting for the winning party to clinch the presidential seat so that he inclines towards it in a post-election coalition agreement.

He claimed that the Wiper leader wants to divide the voter numbers for Azimio to prevent them from being clinching the presidency.

“We are aware that UDA has been talking to Kalonzo because they believe that he is not principled. Because you’re either on one side or the other side. Today you’re here laughing in the morning and in the evening you laugh somewhere else and we’ve got intelligence sources that have showed us how he is talking to everyone,” Mutua posed.

“I think the game here would be Kalonzo to run by himself so that now he divides the Ukambani votes so that they all don’t go to Azimio. And they have been pushing it because that is the best scenario for UDA.”

Responding to his claims, Nandi Senator Samson Cherargei who was also on the show, said that Kalonzo has the right to support any party he wishes.

He argued that the Azimio camp is only pointing fingers at the Wiper leader just because they will have a large vote deficit from Kalonzo’s home turf in Ukambani.

“I don’t know why these people are falling around Kalonzo Musyoka, I think maybe because he has 1.6 million votes and what Governor Mutua does not want to agree is that Kalonzo is the undisputed Ukambani kingpin. And that shows the frustration,” Cherargei said.

Governor Mutua however stated that Kalonzo is still welcome to the Azimio la Umoja camp despite his wavering support affiliation.

“It has come to a point where it doesn’t matter whether Kalonzo comes to Azimio or not. But it would be ideal and we welcome him with open arms to come to Azimio,” said the Machakos County boss.