NIGERIAN STAR REMA LANDS IN KENYA AHEAD OF MUCH ANTICIPATED CONCERT 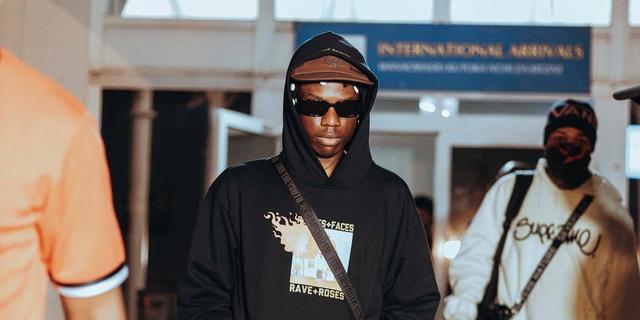 Celebrated Nigerian singer and Mavin Records Signee Divine Ikuborv stage name Rema has officially landed in Kenya ahead of his much anticipated concert slated for May 7, 2022 at Carnivore grounds.⁣
⁣
The Calm Down hit-maker touched down on the Kenyan soil on Tuesday night and he was accorded a warm reception by his Kenyan hosts.⁣
⁣
Taking to his social media pages, Rema alerted his fans that he is already in the Country and ready to have a good time with his fans come Saturday.⁣
⁣
“Kenya I’m here, we up this SATURDAY & bring your friends! 🤪✌🏾🇰🇪,” reads a tweet from Rema.⁣
⁣
Rema’s weekend concert is part of his ongoing world tour for his album called Rave and Roses.⁣
⁣
Some of the songs found in the album include; Calm down, Soundgasm, Devine, Hold Me, JO, Mara, Love, Addicted Runaway among others.⁣
⁣
In 2019, the 21-year old singer performed in Kenya for the first time. Since then he has continued to release club bangers, including some from his debut ‘Rave and Roses’ which has 16 tracks.⁣
⁣
At Carnivore grounds Rema will share stage with Kenya’s Hip Hop group Wakadinali, Wyre and Nazizi (Necessary Noize), Lil Maina, Only Rosa, G-Money among others.⁣
⁣
Rema’s Kenyan concert has been put together by Mwanaume Ni Effort, who are celebrating 10 years in the music and events industry. According to the event organizers, the weekend concert will be a festival experience convening music, tech, and the culture.⁣
⁣
After the Kenyan concert Rema will be heading to North America with shows in Settle, San Francisco, Los Angeles, Denver, Dallas, Boston, Columbus, Philadelphia, Silver Spring, New York, Minneapolis and Toronto for Rolling Loud.⁣

AZIMIO RUNNING MATE TO BE KNOWN IN 24 HOURS