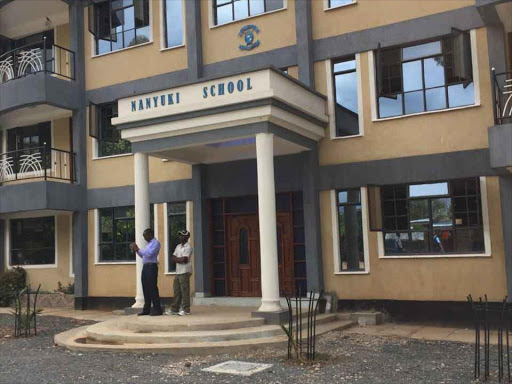 According to data from the Ministry of Education, Nanyuki High School is the most popular secondary school in the country.

This follows the application of a criterion based on the number of candidates who applied to a specific school.

Nanyuki High, with a capacity of 480, received the highest number of applicants, attracting 156,003 applications.

The number of applicants differed significantly from the number of available slots, indicating that the majority of students were unable to attend their preferred national schools.

While announcing the Form One selection results on Monday, Education Cabinet Secretary George Magoha said that traffic can be avoided if students are given the appropriate guidance.

“This scenario can be avoided if candidates are offered relevant guidance during the selection process by teachers and parents,” he said.

“We will continue to work with the Ministry of Interior and National Government Coordination to facilitate the enrollment of every child in secondary school to actualize the 100 percent transition,” he added.

From the previous year’s class, 38,797 students were admitted to National Schools, while 214,960 were assigned to Extra-County schools.

Magoha stated that 2,045 students will attend special needs schools, with 218, 456 reporting to County Schools and 9,128 in refugee camps.

At the same time, 726,311 candidates will report to sub-county schools.