Kenyan media personality and Radio Jambo’s reggae host Lion Deh has undergone successful surgery after being admitted to hospital for a week.⁣
⁣
According to his close friend and Teke Teke co-host Daniel Mwangi alias Mbusii, Lion is recovering well after surgery to remove Fibromyalgia (fibroids).⁣
⁣
“He is doing well. He underwent the surgery and it was successful. Pia amewekwa damu and he might be discharged today or tomorrow, right now doctors are checking him on what they call pain management,” Mbusii disclosed.⁣
⁣
He added: “Alikua na fibroid kwa tumbo ndizo zilikua zinampotezea damu so lazima zingetolewa ndio maana akafanyiwa operation.⁣
⁣
“(Lion had fibroids in his stomach, that was what was causing blood loss hence the need for the operation).”⁣
⁣
Since fibromyalgia is predominantly a female condition, a man living with the condition may find it difficult to get a diagnosis, as doctors must first rule out other conditions that have similar signs.⁣
⁣
News of Lion Deh’s hospitalisation was first broken by Mbusii who said that his co-host had lost a lot of blood, making an urgent appeal for blood donation.⁣
⁣
“Urgent medical appeal, Lion Deh has been admitted to hospital with severe anaemia and requires blood donation, blood group O-positive at Komarock Modern Hospital Utawala. Kindly assist and keep him in your prayers,” reads the announcement from Mbusii.⁣
⁣
Mbusii parted ways with his previous co-host Bonoko⁣
Mbusii and Lion have been working together for some time now. They started off at Ghetto Radio and when Mbusii was poached to join Radio Africa Group, he tagged along his friend Lion.⁣
⁣
In October 2020, while appearing on Jessy Junction, Mbusii disclosed that when the opportunity to join Radio Jambo presented itself, he first approached his then co-host Bonoko who declined to move.⁣
⁣
He then informed Lion (his current co-host), who was willing to risk it all and take up a new challenge.⁣
⁣
“Ukishapata greener pastures, huwezi kaa tu pahali, na hakuna mtu sikuambia Ghetto Radio kwamba naenda. Na nilikuwa nawaambia wamesema niende na mtu tunaeza fanya kazi na yeye.⁣

I WAS DARED TO SHAVE DREADS FOR SH 1M- THEE PLUTO

Liked on YouTube: GET TO KNOW TINA BROWN WITH DAPSTREM ENTERTAINMENT 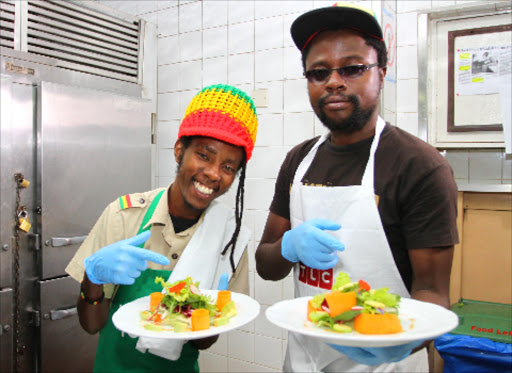