I WAS DARED TO SHAVE DREADS FOR SH 1M- THEE PLUTO 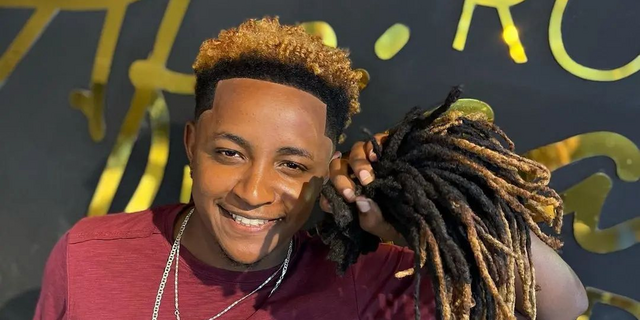 Looks like local celebs aren’t feeling the dreadlocks vibe! After digital influencer Sean Andrew Kibaki shaved his dreads, YouTuber Robert Ndegwa aka Thee Pluto has followed suit. Well, for Thee Pluto he was promised Sh1 million for the big shave!⁣
⁣
A day after the brand ambassador and model showcased his new style, he explained that multiple factors influenced his decision to shave but the financial reward was the deciding factor.⁣
⁣
Answering a question from a follower online, Thee Pluto said: “Several factors pushed me to cut my locks. They include: rebranding and craving a change but ultimately and most importantly it was a Sh1 million dare from a friend.”⁣
⁣
Thee Pluto explains why he shaved his dreads⁣
Thee Pluto has had his dreadlocks since 2016. He recently complained in a video about never being able to retouch them as it feels painful when he does. So he only preferred frequent washes to maintain them.⁣
⁣
On March 25, he posted a video while at the barbershop cutting off his dreads. And finally posted the end result, showing short brown dyed hair.⁣
⁣
Most of his fans commented that short hair looks great on him, saying he looked younger. He posted another photo, referring to what people commented about him looking young and captioned it with: “So I’m a child again, you all have jokes.”⁣
⁣
Currently, Thee Pluto is among fast-ring YouTubers in Kenya through his show where he exposes cheating partners. Started in January 2018, Pluto’s channel has so far garnered over 71 million views and counting.⁣