Professor Makau Mutua now says that Wiper leader Kalonzo Musyoka is no match for the ODM leader Raila Odinga in the political arena if they were to contest on one platform.

He stated that there are only two main candidates in the upcoming elections (Raila and DP Ruto), and that Kalonzo should support Raila because he does not stand a chance.

“Mr Odinga is a first among equals; he is a senior man to Mr Musyoka. It is Mr Odinga to who Musyoka must give way to. I think Musyoka knows that; it is not possible to flip that equation,” Mutua said in an interview with KTN newline on Wednesday.

“Mr Musyoka should calculate properly because he is a younger man and has a longer runway for himself in this country.”

When comparing the leadership of South African President Thambo Mbeki, who succeeded Nelson Mandela, Makau stated that Mbeki felt he was unworthy to succeed Mandela at one point.

In the same debate, he claimed that Kalonzo lacked Odinga’s national support base.

“There are two primary runners. There is no path forward for Mr Musyoka as a presidential candidate between those two,” Mutua stated.

“Kalonzo has one option, to support Raila Odinga.”

Prof. Mutua went on to dismiss the One Kenya Alliance pricipal’s political clout in the country, claiming that he has lost control even in his own backyard.

Similarly, Mutua cited the recent support for Raila by Governors Charity Ngilu (Kitui), Alfred Mutua (Machakos), and Kivutha Kibwana (Makueni) as evidence that Kalonzo’s clout in the region had waned.

“His solid base which is Ukambani, do not believe that Kalonzo has a path forward. The three governors have hit the ground running for Odinga,” said the lawyer.

“The era of kingpins appears to be coming to an end in Kenya. The kind of grip Musyoka had doesn’t exist anymore.”

Liked on YouTube: GET TO KNOW THE KING OF LUHYA DRILL "UVOLANGA SHINA" HITMAKER BRYCE ONE WITH SHEVAH MUNENE 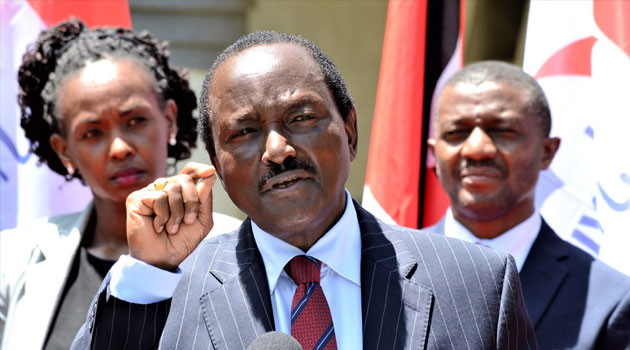