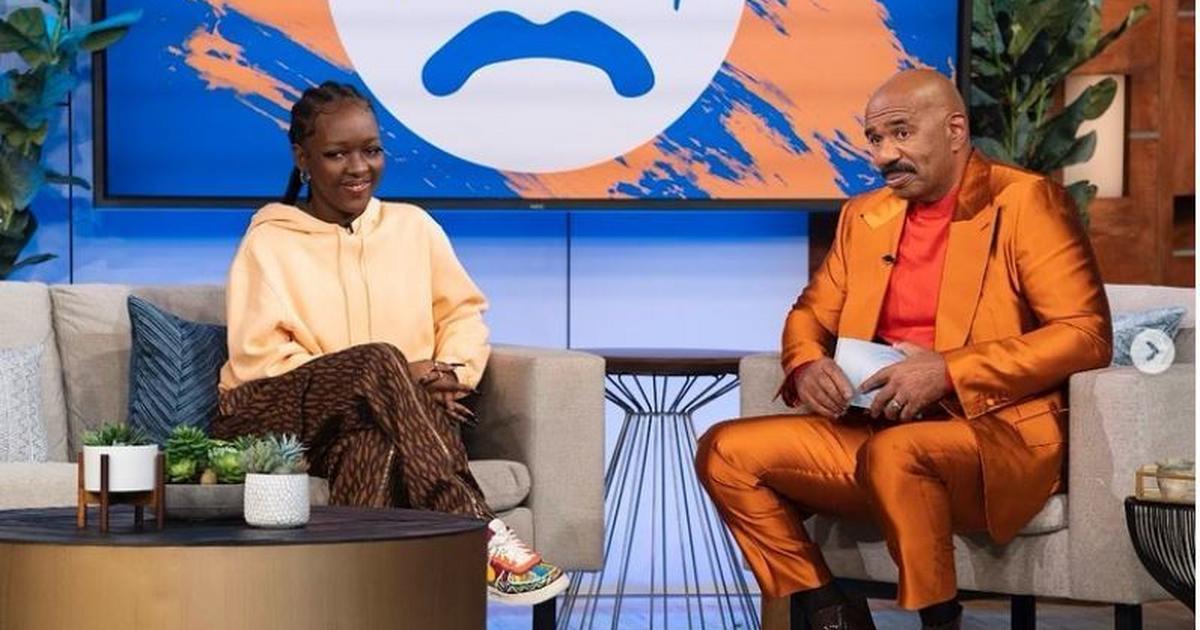 American TV presenter and comedian Steve Harvey now says he will officially take Kenyan internet sensation Elsa Majimbo under his wings and grant her full access to anything she needs, regardless of what it is, to advance her career.

Majimbo appeared on Harvey’s Facebook Watch show on Thursday, where he offered to give her his personal phone number for easier contact whenever she feels like she needs any kind of help.

“I’m going to adopt you as my niece, I will give you my phone number…I don’t care what you need, if you need anything, you need a place to go, you need some help, you need some advice, you wanna talk to somebody, you call me. I’m serious, and I don’t want to let anything happen to you,” Harvey stated.

Harvey said he was doing this because it has always been his dream to connect the two worlds between Africans and African-Americans, adding that every time he visits Africa, he has never felt like a minority.

“…it’s been one of my main goals to bridge the gap between Africa and African Americans. If you’ve never been you have to go, but you know what I love about it? It’s the first time in my life that I wake up in the morning and I’m not a minority,” said Harvey.

“Elsa you got an uncle in the United States, anytime you need something, Uncle Steve got you and I’m going to give you all the advice you want.”

Majimbo, during the interview, further revealed that her family members still do not think she is funny, adding that matter of factly she is the least funny person in her family.

She advised younger, upcoming comedians to have hope in themselves even if people close to them try to shut their dreams down.

Majimbo became an overnight internet sensation during the start of the COVID-19 pandemic through her funny videos which features her saying satirical jokes while munching on crisps.

She has since gotten admiration and recognition from several celebrities such as Rihanna, and has also gotten highly lucrative deals from her comedy.

The comedian currently resides in the United States after moving from Kenya to South Africa.