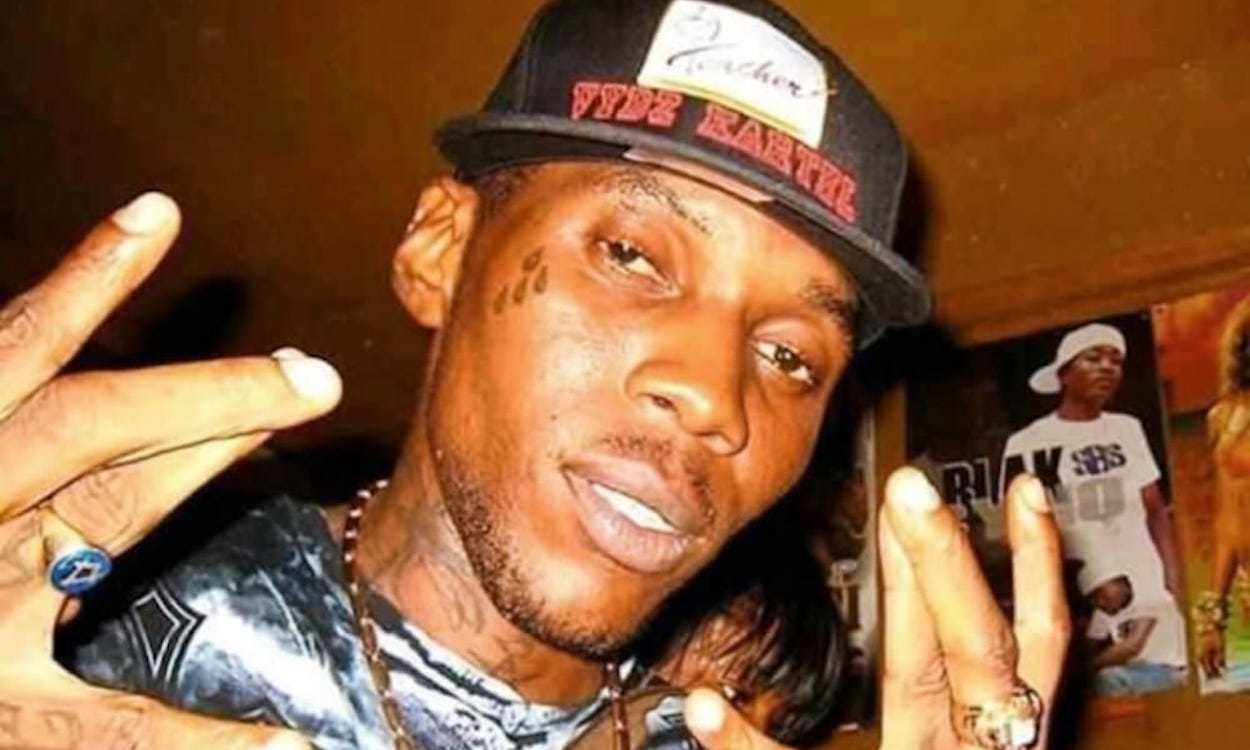 The lyrical genius, Vybz Kartel, real name Adidja Azim Palmer, has been delivering tunes that make fans gyrate, hold a ‘meds,’ chuck badness, feel rich, and express love and loyalty for almost two decades. Although he has spent the last nine years in prison, he never fails to bring his fans new drip for their listening pleasure.

His latest project, Born Fi Dis, is being touted as his best work to date, with some followers noting that “is the baby picture on the cover,” as proof that the album will be great. They further cited that “any album with the baby picture always shot.” The album cover features what appears to be a young Vybz Kartel, inked with his present-day tattoos, including the teardrops on the right side of his face and his neck tats.

Vybz Kartel is as consistent as he is controversial. On Born Fi Dis, his uniquely Kartel, punchy, upbeat, and raunchy lyrics are present in every bar. Forever thought-provoking, listening to this album once will only scratch the surface of the lyrics in each track.

You will get stuck on the first song, “1.7.76”, where he says, “drop gal draws, skirt down, whole sperm out.” This is an excellent example of Kartel being implicit as opposed to explicit. Some will describe his music as crude and vulgar, but fans appreciate the packaging it comes in, inciting lyrics that you have to listen to, raptly to truly grasp what is being said.

The album layout, like the name, suggests starts with the track “1.7.76,” which is about growth and building. “Wait till I’m older, wait till mi leave mi mother shoulder,” this represents his younger days in contrast to where he envisions himself on the closing line, “Building an empire and rule it entire.”

The second track, “Money Over Love,” speaks to being focused on your hustle, working hard to the point where your sanity may be questioned, but it is your dream, and you are the only one committed to it. This he put succinctly in the line, “Insane asylum and committed to the money making miracles.”

He continues with “The Law,” featuring UTG, which is a gal tune. This one will certainly be in heavy rotations at every party. The song is laying down the law, which every female must follow to properly bubble, “Round here it’s a law bubble up nuh, round here it’s a law pan yuh toe nuh.”

“Biggest Fan” is another one for the ladies. Fans can imagine the selectors pulling this one up shouting, “I hate some b**ches, acting like they hate, when they’re your biggest fan,” this is the song for the ladies to walk out and ‘braff.’

“Paparazzi” is another ‘braffing’ tune, calling for everyone to pop their tags and show up in the latest and most expensive.

The rest of the album provides a mix of the grimy, sexually explicit, turn you on, get in that type of mood music, and some tender moments of Kartel showing love to his family.

Track 6, “More than a Friday,” falls into the former and says just how much Kartel loves the ladies. He is thanking God for them more than how he thanks God for Fridays. He shows out for the ‘look good, smell good girls, “Thank God fi you more than a Friday.”

Kartel truly came for the ladies with sexual gusto, lust, and love. This is especially evident in the next track, “In Public”. This is a love song, “I love you in public like nobody no dey ya.”

The next track, “Air Force 1”, is a family affair and features Kartel’s sons, Aikodon, Likkle Addi, Nae Finesse, and Likkle Vybz, all of whom slay this track. Them bad, “Like di jet plane di American presidents have.” Talented youngsters, just like their father, and fans wait with bated breath for more from them.

“Guilty Pleasure Jury” is one made for the bedroom, and fans can’t wait to see the treatment the dancers will give this single at the parties. After all, he says, “Yuh panty was di obstacle mi move it, intimate and groovy.”

The following track is all about Tanesha “Shorty” Johnson, his longtime partner, CEO of Short Boss Muzik—which is the company releasing the album. She is also the mother of his children. He pays homage to her in this song aptly name “Love ya Baby Mom.” Kartel sings her his love and devotion, highlighting the ups and downs they have faced in their relationship and that he has no regret, “I would do it all again with no regret.”

Closing off the album, we have “The Menace” and “No Cap,” and with these two songs, the album ends with a bang. “The Menace” is a middle finger to societal norms, it is a hard look at what is happening in today’s Jamaica, extensions of curfews, police overreach, and his commitment to rejecting the status quo, “Me too cocky fi a cooperate wid corporate.”

“No Cap” rounds back to the ladies because Adidja Palmer is always here for the ladies. This song featuring UTG has a bit of a crossover vibe, dancehall meets R&B, and like many of Kartel’s other songs, will be in heavy rotation both locally and internationally.

With this album, there is a story, and there is something to fit any mood or setting. It’s timeless and provides listening variety. You may purchase or stream on Apple Music, Amazon Music, Spotify, and YouTube.