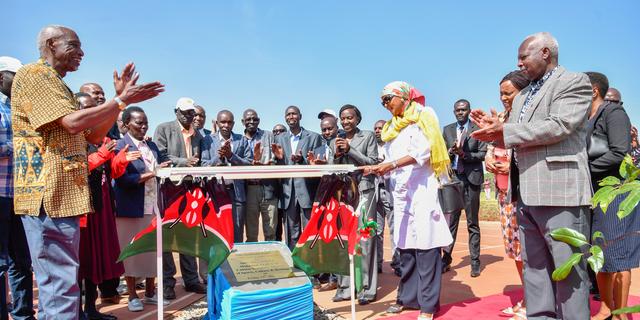 The games will officially be opened by First lady Margaret Kenyatta.

Prof. Paul Wainaina said over 28 universities have confirmed participation for the event with over 1,643 athletes expected to participate.

“On behalf of Africa University Sports (FASU), The Kenya Universities Sports Association (KUSA), Kenyatta University (KU) and the Local Organising Committee (LOC), I am pleased to report that the First lady has accepted the invitation to open the games next month in line with her support for youth games.

“In addition, close to 45 Universities have made entries to the games with 28 of them from all over the continent confirming participation for the upcoming Federation of African Universities games (FASU) scheduled for next month in Nairobi. So far a total number of 1,643 athletes are expected in Nairobi but the number is expected to rise,” Prof. Wainaina said.

The tournament also received a Sh348,000 sponsorship from Atlas and Arrow Solutions company. The games will be used to qualify Africa’s representative teams for the FISU University World Cup Soccer 2023 for both men and women to be held in Jinjiang, China.