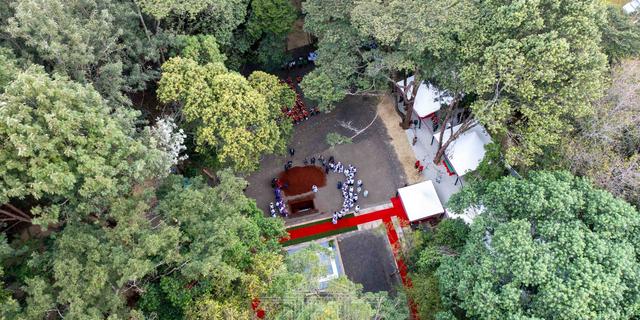 Thugs struck the home of the late former President Mwai Kibaki on Tuesday, just 3 days after he was buried at his rural home in Othaya, Nyeri County.⁣
⁣
According to pictures reaching the news desk, the robbers vandalised a transformer mounted at Kibaki’s home.⁣
⁣
The vandals unmounted the transformer and proceeded to loot parts of the electrical equipment.⁣
⁣
Sources aware of the situation say that Kenya Power has already reported the matter to the police.⁣
⁣
“We had to connect the affected houses to a feeder line at Othaya Sub-Station, which serves the town centre and its environs. As a result, power was restored, though temporarily, the following day (Wednesday, May 4) at 11am,” confirmed Kenya Power distribution engineer in Othaya, Benjamin Onsomo.⁣
⁣
In the days leading up to the burial, Kenya Power repaired street lights and cables around the Kanyange area where the late Kibaki’s home is situated.⁣
⁣
In April, Kenya Power raised alarm over an increase in transformer theft cases in various parts of the country.⁣
⁣
Vandalism of electrical equipment is considered an economic crime according to the Energy Act and suspects are liable to pay a minimum fine of Sh5 million or a minimum jail term of 10 years if convicted.⁣
⁣
In order to combat unauthorised connections and vandalism, Kenya Power recently increased monitoring of the grid network.⁣
⁣
The company is also working closely with other security stakeholders including the Directorate of Criminal Investigations (DCI) and the Kenya Police Service to track down vandals.⁣
⁣
In April, Kenya Power employees were charged in a Thika court with vandalizing two transformers valued at Sh1.9 million early this year.⁣
⁣
In the last financial year, Kenya Power lost 12 transformers to vandals in Murang’a alone.⁣
⁣
Replacement of vandalised transformers costs the utility firm more than Sh500,000 each.⁣

SONKO- YOU CANT BE PRESIDENT WITHOUT KALONZO