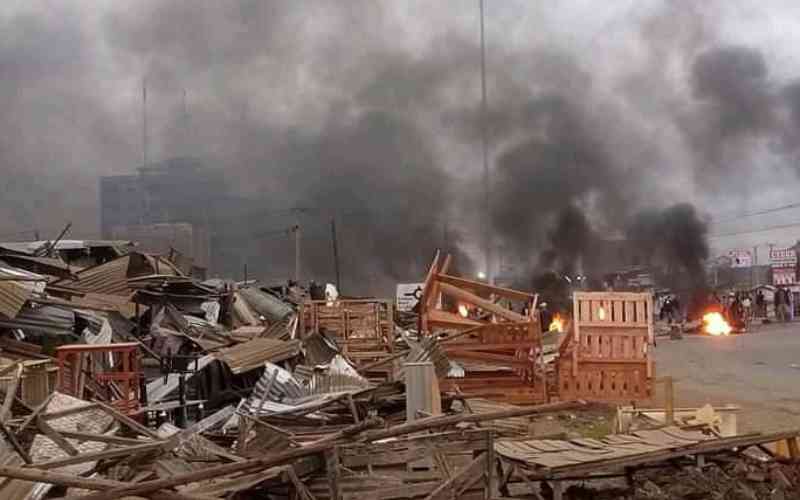 One person was on Wednesday morning shot dead during protests in Kahawa West, Kiambu County.

It is alleged that the deceased, a middle-aged man operating a tuk-tuk in the area, was fatally shot by police, who were repulsing protesters.

Demonstrations broke out after the Nairobi Metropolitan Services allegedly brought down traders’ stalls in the wee hours of Wednesday, August 25, without giving a prior eviction notice.

Irate residents lit bonfires and barricaded the 32-kilometre Eastern Bypass during the melee.By 11 am, relative calm had resumed.