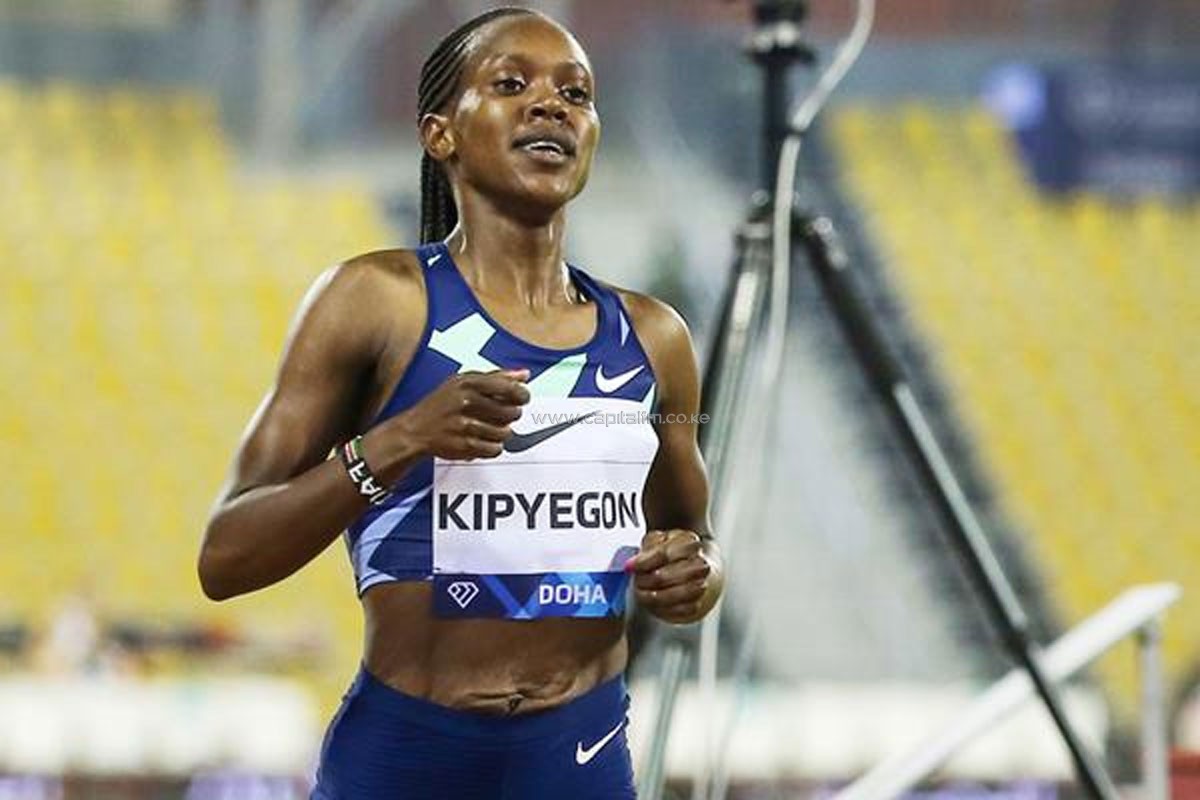 Doha’s stage is all set to welcome athletics champions of the world and the Olympics this Friday, May 13 at the 2022 Wanda Doha Diamond League.⁣
⁣
This will be the 26th edition of the annual outdoor track and field meeting in Doha and will be a star-studded event. The Qatar Sports Club will once again host the Diamond League fixture this year.⁣
⁣
For Kenya, 2020 Tokyo Olympic medallists Faith Kipyegon, Timothy Cheruiyot and Benjamin Kibet are the superstars set to headline the first Diamond League of the year.⁣
⁣
Faith Kipyegon⁣
Double Olympic Champion Kipyegon will be competing at the women’s 3000m, a distance she used to run when she was younger. Coincidentally, the last time the Queen of 1500m took part in the 3000m was in 2014 where she finished third in 8:23.55.⁣
⁣
Doha Diamond League will be the first competition for Kipyegon this year, 2021 was a successful year for the 28-year-old.⁣
⁣
At the Tokyo Olympics, Kipyegon overtook Sifan Hassan of Netherlands in the last 200m to win her second consecutive Olympic gold medal in the event in a time of 3m 53.11s.⁣
⁣
The win saw her break an Olympic record which had stood for 33 years. She also became the second woman in history to win back-to-back Olympic 1500m titles.⁣
⁣
In September, she beat Hassan again at the Diamond League final to take her second 1500m Diamond Trophy. Through the 2021 season, Kipyegon won a total of nine out of her ten races.⁣
⁣
Timothy Cheruiyot⁣
World champion in 1500 meters and record holder for 2021 Doha Diamond Round; Timothy Cheruiyot will be looking to positively start the defence of his Diamond League crown.⁣
⁣
The 21-time Diamond League meeting winner will be aiming to beat the likes of Jakob Ingebrigtsen from Norway and Ethiopia’s Samuel Tefera as preparations for the upcoming World Championships in United States of America from July 15-24, 2022.⁣
⁣
However, Ingebrigtsen and Tefera will miss out on the season opener. Cheruiyot will line up with Kip Keino classic winner Abel Kipsang, teenager Kamar Etiang and Charles Simotwo who beat him in the Olympic trials last year.⁣