UHURU’S PROMISE TO MACRONE AFTER RE-ELECTION AS FRENCH PRESIDENT President Uhuru Kenyatta has sent a congratulatory message to his French counterpart Emmanuel Macron following the European president’s re-election for a second term in office.⁣
⁣
In his message, the Kenyan Head of State assured President Macron of Kenya’s commitment to continue working with France for the common good and prosperity of the two republics.⁣
⁣
“Hearty congratulations Your Excellency and dear brother on your re-election for a second term. Your win is an affirmation of the high confidence your fellow countrymen and women have in your leadership,” read part of President Kenyatta’s message.⁣
⁣
Kenyatta added that Macron’s re-election is an affirmation of the confidence the people of France have in his leadership.⁣
⁣
“Your Excellency, Kenya remains steadfast in its commitment to continue working with your administration for the progress of the people of our two nations.⁣
⁣
“As you settle into your second term in office, I wish you good health and success as you steer your beloved country to new heights of prosperity,” President Kenyatta remarked.⁣
⁣
The 44-year-old President (Macron), garnered over 58% of the popular vote defeating his main competitor Marie Le Pen in the Sunday runoff election.⁣
⁣
France is one of Kenya’s leading development partners with a growing portfolio of bilateral support in key sectors such as infrastructure, commerce, agriculture, and health among others.⁣
⁣
Tanzania’s President Samia Hassan Suluhu also congratulated Macron upon his re-election, with a promise that Tanzania will continue to work with France to better their economic and social ties.⁣
⁣
“Congratulations to His Excellency @emmanuelmacron and his Party on the re-election victory. I wish to assure you continued support and Tanzania looks forward to working more closely with the people of France to deepen our economic and social ties. Félicitations!,” President Samia said.⁣
⁣
Ghanaian President Nana Addo Dankwa Akufo-Addo applauded President Macron on his re-election for a second term in office.⁣ 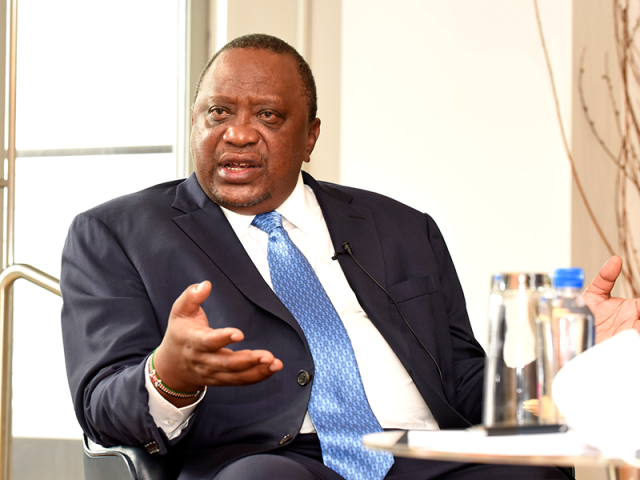